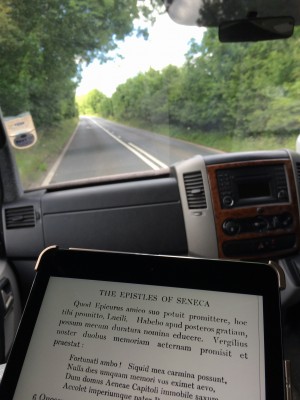 It’s the middle of the night in London, where I’m spending the week in a cute little flat in Soho. Today my wife and I, with a group of friends, enjoyed an outing to Stratford and, though I never tire of driving through the English countryside, I decided–perhaps inspired by glimpsing Cicero and Caffe Nero side by side (below)—to spend some of the transit time re-reading a few letters of Seneca (evidence at right). The problem was that I was distracted first by the greenness of the countryside and, after only a bit of focused reading, by a nagging concern about tomorrow’s schedule.

After seeing lots of nice things, including a copy of Shakespeare’s First Folio and an edgy performance of his Merchant of Venice, I tried listening to some of my Latin recordings as we were shuttled back to London in the dark. By now the scheduling concern was eating me up. I was reminded, somewhat painfully, of something I already knew both as a learner and as a teacher: You can’t learn when you’re distracted. You might learn something other than what you’re trying to learn–for instance, that you can’t learn while you’re distracted–but you can’t learn the thing you’re trying to learn. 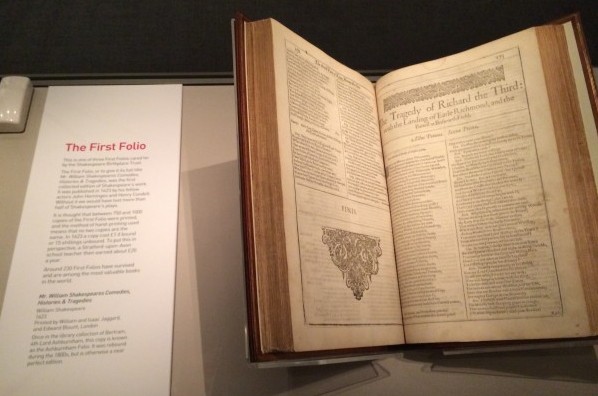 That’s all for now. I hope your summer is off to a splendid start! 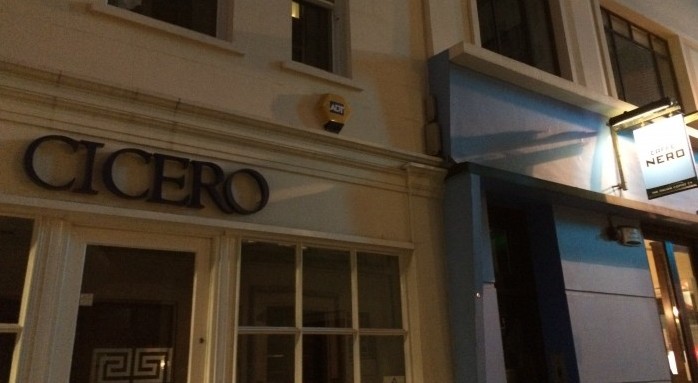