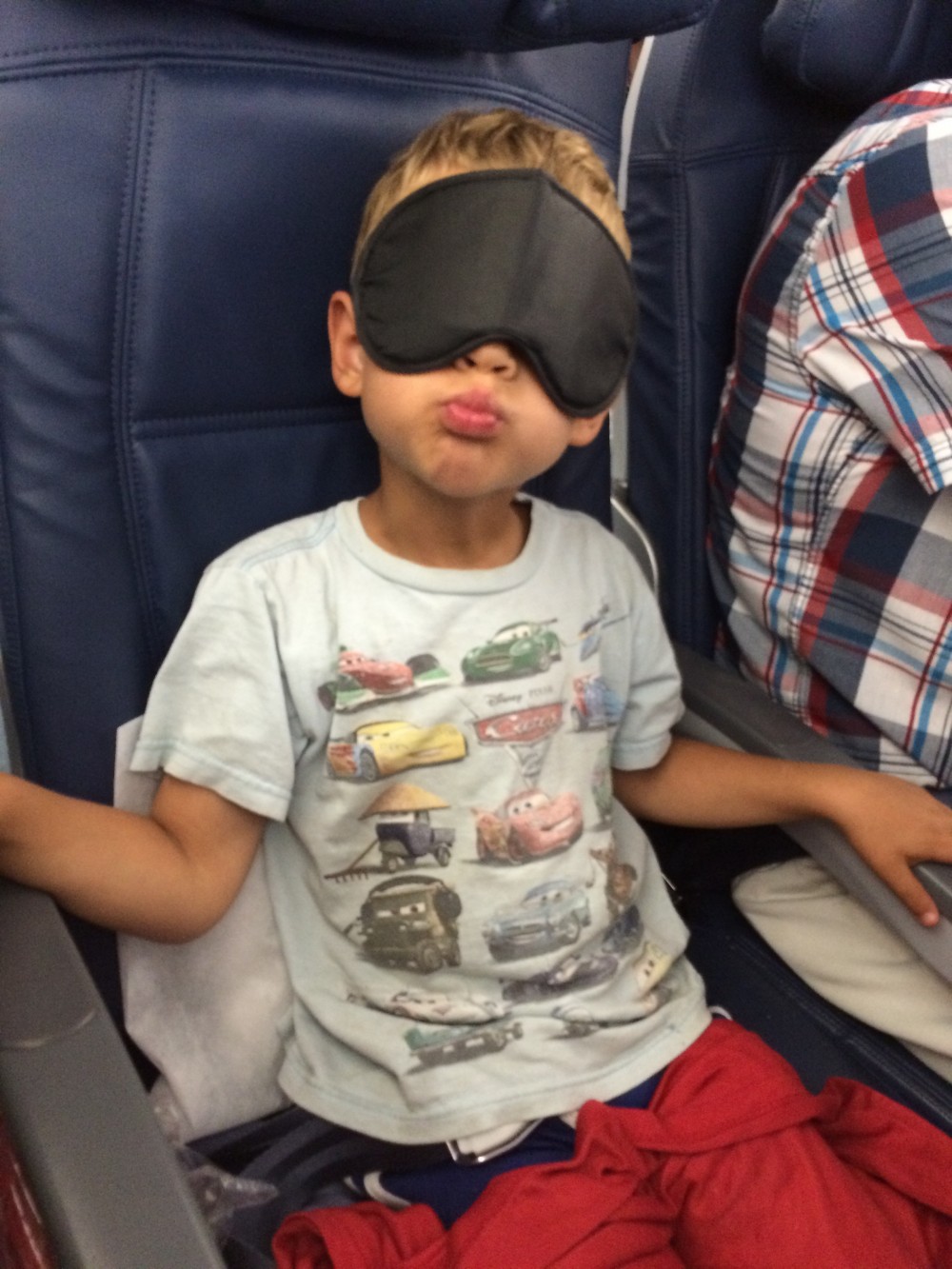 R: Papa, I’m still hungry. May I have something more to eat?

P: Do you want more Lucky Charms, or something else?

P: What do you want?

He probably didn’t acquire a huge amount of German in the six-odd days we spent in Vienna, but the German he had already acquired through listening to me and through reading became something that, in an unprecedented way, it made sense for him to use spontaneously. In the technical terms of Second Language Acquisition, his mental representation of German was fairly robust, but he hadn’t had many chances to use German in situations such as answering an adult with whom one is not acquainted, negotiating meaning on the playground, and ordering Schnitzel. 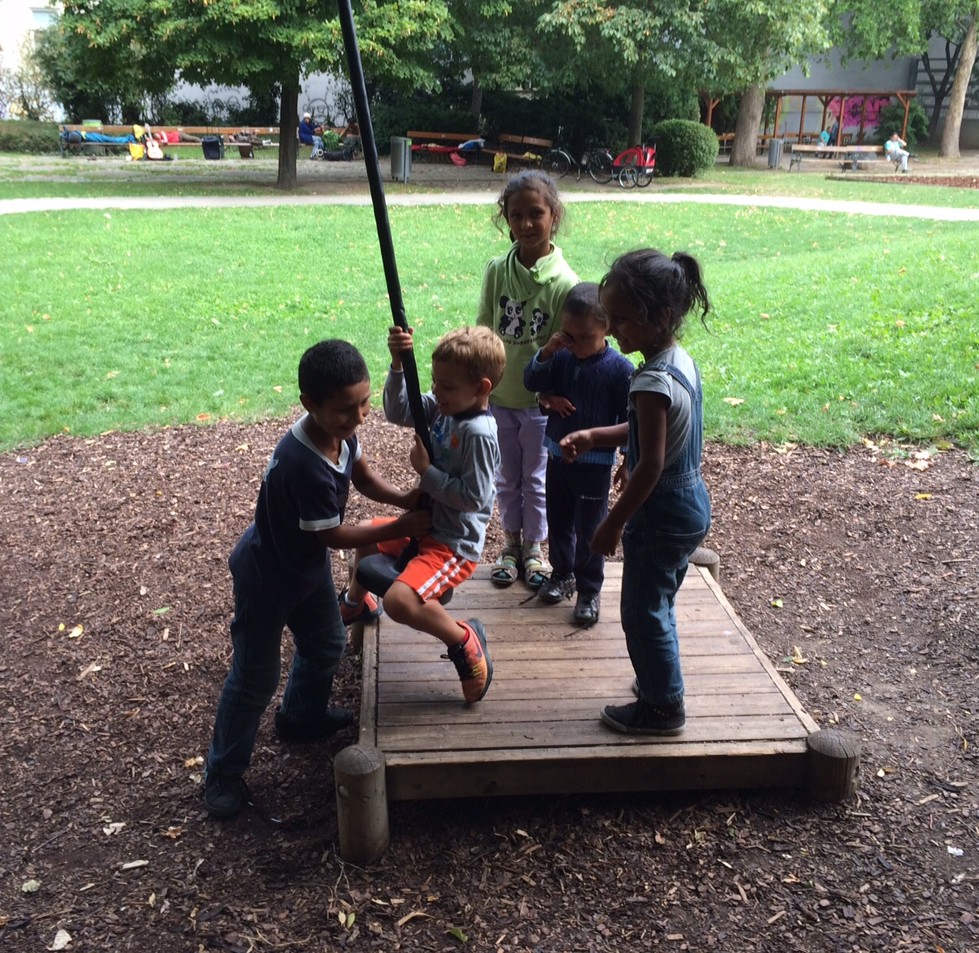 I’ve read that the number one predictor of whether someone raised in a bilingual home will grow up to be an active user of the minority language is whether or not that person takes at least one extended trip during the first few years of life to a place where that language is the majority language. Ours wasn’t quite an “extended trip,” but (a) being exposed to German all day, (b) not being able to rely on another language for communication, and (c) experiencing German as the language of a community, not just of one person, had the hoped-for effect of “activating” his German.

Although I had tons of fun one-on-one time with the boy, my favorite moments were probably those in which, from some distance, I saw and heard him interacting in German with local kids. It took him a little while to wrap his mind around the fact that the kids he was swinging or snacking or building with truly didn’t know English, but, once he did, he quickly adapted to relying on German and settled into using German as a matter of course. (I sometimes had to alleviate his confusion when the kids happened to speak neither German nor English, but Serbian or Turkish or Farsi.)

Can’t wait for the next time–and to bring his little sister!

Coming soon: reflections on my own linguistic experience in Vienna. In the meantime, enjoy a few more pictures: 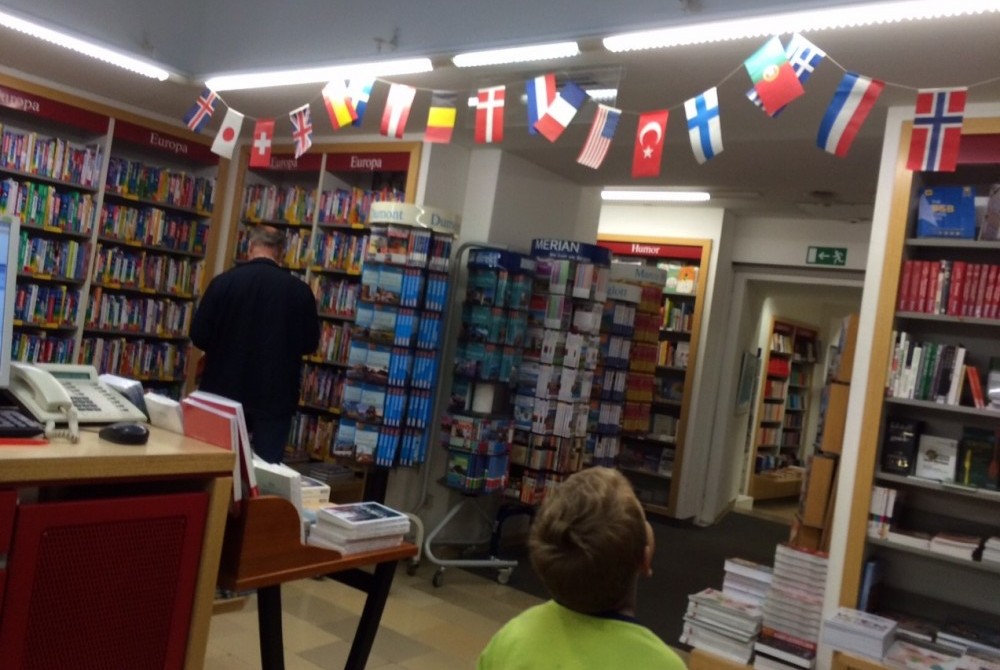 Flags in the bookstore, where he spent his tooth fairy money. 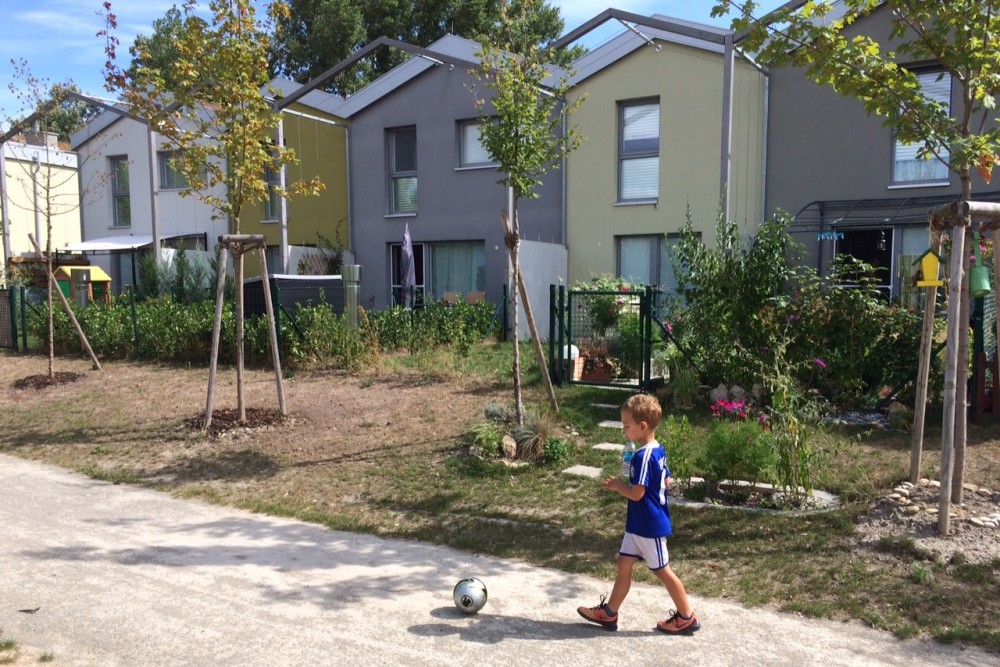 We go nowhere without a soccer ball. 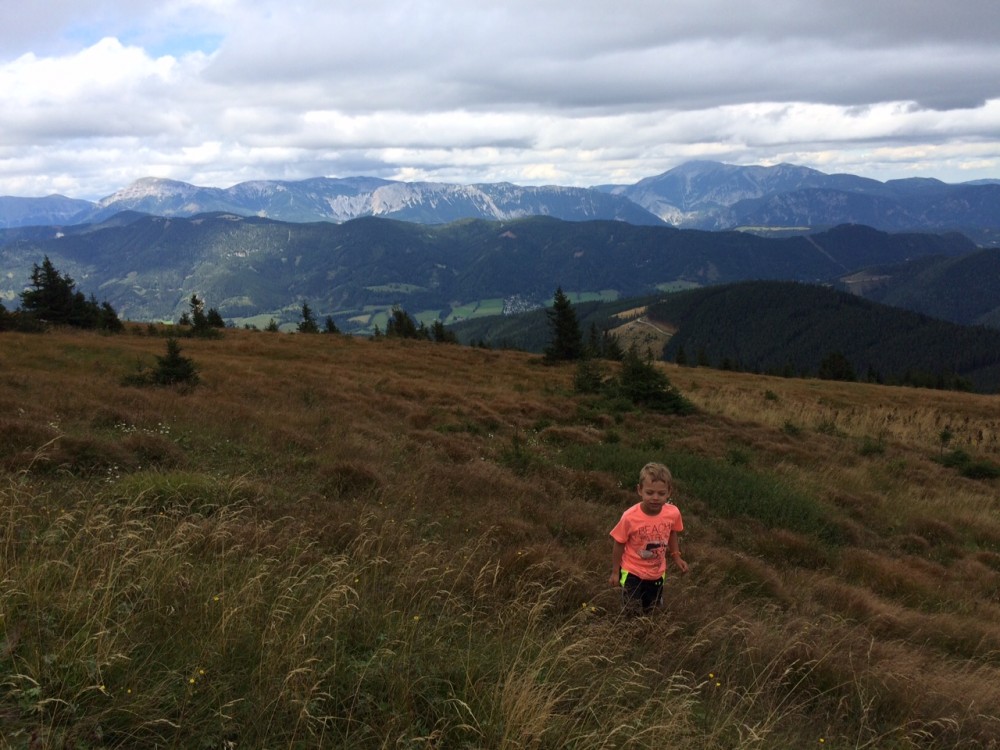 The surrounding country is nice, too.