The following is a letter I received from Tim, a teacher in Colorado, in response to my recent video and commentary on getting Something from Nothing in our classes. It was encouraging to me and I thought it might be encouraging for you to hear about the repeatability of the filmed interaction and about the success Tim has experienced with his middle and high school students and administrators. The whole thing is also an exciting example of a teacher seeing something a fellow teacher has shared and diving right in to make it work for his students! Tim enthusiastically agreed to the publication of his letter, to which I’ve added some headings and hyperlinks for your convenience.

Just a quick note to say thanks for the video you posted. I watched its entirety during free periods over the past three mornings and it really is a gold mine.

I’ve been changing my teaching style from the grammar-translation method that I was brought up on and had modeled to me through my high school and college years to the methods I’ve seen at Rusticatio and at Rassias workshops.

The value of examples and labels

What’s great is the way you listed the activities and methods that are demonstrated in the video so that viewers can easily spot them. I’ve seen you teach at Rusticatio a couple years ago, I’ve spent enough time with Nancy [Llewellyn, founder of SALVI –JSB] at the helm to have a general sense of how to run a CI/TPRS or Rassias class, and Jason visited me last year for some of the best professional development I’ve ever received, but it was really helpful to me to be able to see so many practices both named and enacted in your video.

What’s also great is how easy it is to imitate the creative and fun lesson you were running: good and bad Romans, spies, and what individuals want to do. I’ve been copying the whole lesson with my 7th and 9th grade classes this week: I divided them into Romans and Carthaginians, introduced a word wall that has increased their comprehension and speed significantly, and worked PQA with them individually. I’ve done these things before, but perhaps not in such an integrated way.

It’s remarkable to me how important and do-able slowness and silence are to the lesson. I was observed by an administrator this week and we both were surprised at how 30 middle school kids stayed attentive and focused while I turned my back to add words to the wall. I had been afraid that they would start fooling around while I was taking the 30 seconds or so to add words, but they were mostly trying to see past my shoulders to see if they had correctly guessed what the words meant. Also, since it’s the beginning of the year and we’ve been working on developing familiarity with body parts vocab, I was able to adapt that fun activity of mixing subjunctive conditions [aka Whiteboard Doublestack –JSB] into asking the students each to write down a body part on a white board, collecting all those white boards, and then having them act out slow-motion battles where Pugnator Romanus X uses his, say lingua and pulsat pugnatorem Carthaginiensem Y in tibiam [“hits Carthaginian fighter Y in the shin” –JSB]. Hilarious!

So, again, thank you for posting the video–it’s been a boon for my classes this week!

Bene ambula, amice, et aliquid ex nihilo tibi contingat! [‘Have a great day, my friend, and may you experience something from nothing!’ –JSB] 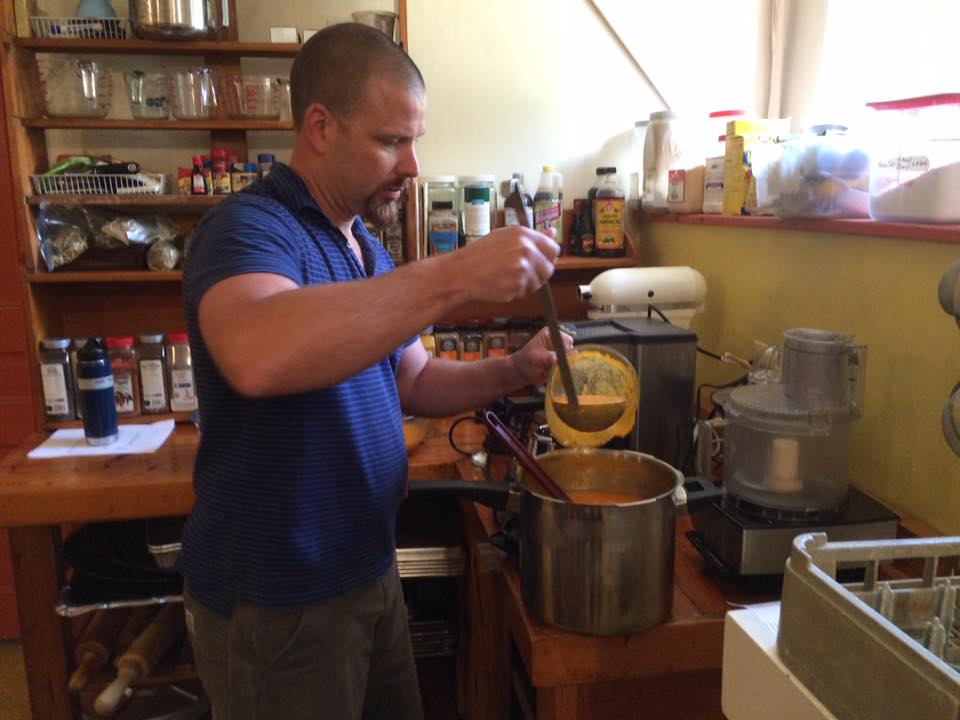