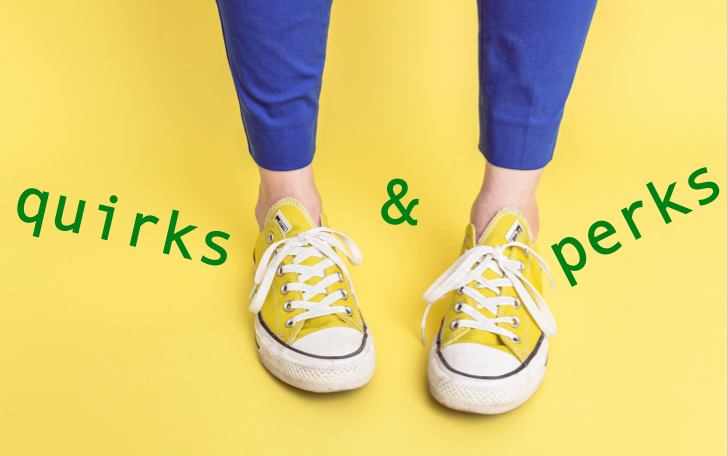 What are some unique or quirky things about learning or teaching the language you learn or teach? I’m not talking so much about things like “the language has seven conjugations” or “there’s no past tense”–though those things are fun, too–as about extra-linguistic things like “I can’t find many other people learning the language” or “For some reason, there’s a lot of audio, but not much video content,” or “People seem to think the language is boring.”

Might any of these things actually be perks, or at least have a silver lining?

Here are some examples off the top of my head for the three mentioned just now:

“I can’t find many other people learning the language”

Maybe you can found or host a community dedicated to learners or teachers of that language? This might be hard to get going for, say, Spanish or French, which already have lots of online communities, but could be just the thing for your language.

“There’s a lot of audio, but not much video content”

Maybe this can save you time, since you don’t have to bother sifting through or evaluating a lot of video content, but can focus on the audio and/or text that already exists? Or, maybe, once you feel comfortable with your proficiency, you can fill the gap by making a YouTube channel with video content you create?

“People seem to think the language is boring”

The language I most often teach is Latin. There are some interesting quirks and perks:

Quirk 1: There’s not a lot of audio or video content, especially for novice learners, and there’s not much text for novices and intermediate. So I create and curate some!

Quirk 2: I’m usually the only Latin teacher on campus. I mostly like this, because it gives me a lot of autonomy and room to experiment. I still have some inspiring professional learning communities from which to learn.

Quirk 3: We’re in the middle of a big revival of people wanting to actually learn how to speak Latin and/or teachers realizing that, even if the goal is just to read Latin texts, giving students lots of encounters with aural input is really powerful and enjoyable. I’ve been honored to participate in training teachers to do this through things like Latin immersion house-parties and workshops for teachers who want to apply tried and true modern language techniques to Latin.


Speaking of perks, Eidolon just published a piece the editors had asked me to write called “The Persistent Perks of Speaking Latin.” It’s an explanation and celebration of how actual spoken communication in Latin can help fulfill the goals most teachers and learners have. If you have a Latin-teaching colleague, would you share the article with them? (Feel free also to direct them to Indwelling Language’s Latin teaching portal, LIMEN!)

I would love to hear what you view as the quirks or perks of learning or teaching your particular language!