Indwelling Language is proud to introduce Lina et Iason, a fast-paced mystery adventure in eleven chapters!  Each chapter consists of less than a page of Latin text. 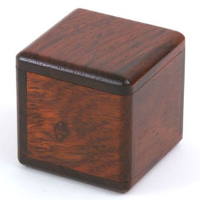 Please be warned that the plot centers on a violent incident concocted by a group of high school students.  If you want to read the story with students, please consider carefully both whether to do so and how to introduce and discuss the content.  (All other plot elements as well as the actual composition of the story are by Justin Slocum Bailey.)

Feel free to share or alter the story in accordance with the Creative Commons license described on the title page. If you share the story, you might do so by distributing the link to this page, rather than the pdf itself, although the license allows you to do either.

Also in the works: a dramatized audio edition of Lina et Iason with parts voiced by different actors!

Note: The current version, which corrects several typos, mostly in macron placement, was uploaded on February 3, 2015. If you downloaded the file before this date, we recommend that you download this revised version.