The value of professional networks is so frequently touted that it seems almost abusive to mention it again. But I will, because this fortnight has been especially fun, illustrative of the quirky connectedness in the world of teaching and learning.  If the references or connections are insignificant to you, no problem! I’m thankful for and honored by them for their own sake; if they give you a bit of inspiration, so much better.

This week, I had the pleasure of being on a team evaluating the World Languages Department at a large school in North Carolina. When I received the list of team members, one immediately caught my eye: Karen Tharrington, Program Coordinator for French and Spanish Language Teacher Education at North Carolina State University and cofounder with Amy Lenord of the #Teach2Teach movement, which connects aspiring teachers with experienced teachers. Her name stood out because, in another browser tab, I was about to publish my response to #Teach2Teach Question 2. I had heard of Karen and #Teach2Teach only two weeks earlier and Karen and I had just begun to Follow each other on Twitter. It was exciting to learn from Karen’s expertise, and I hope it’s fair to say that Karen and I hit it off. We’re now on each other’s blogrolls and, after Karen launched her new blog yesterday, I had the nerdy honor of being the first to comment!

Sunday: On the eve of the official visit, less than ten minutes into dinner with our host and the other out-of-town team member, the dynamic Mary Jo Adams, who teaches FLES Spanish and French and heads her Lower School’s World Language Department, we realized that Mary Jo’s Latin-teaching colleague and I know each other through some email groups and my work with SALVI. He and I have since enjoyed a renewed correspondence and we will meet at two weeklong events this summer for professional development.

Monday: After a vitalizing dinner with old and new friends from the school, I got back to the hotel to find an email from the president of an educational non-profit that runs programs online, in the United States, and in Europe. He had heard of me through a collaborator who had been my roommate at my first SALVI event–in 2008! Within 24 hours we had arranged for me to conduct a seminar on research-informed language teaching methods for the organization’s teaching cadre.

Tuesday: My brother-from-un’altra-madre and occasional colleague Roberto Carfagni, whose books and company I have deeply enjoyed, emailed me from Italy about working together this summer and shipping me an advance copy of his next book. I can’t wait for either!

Wednesday: A few hours after returning from North Carolina, I was sitting on the couch ingesting an unusually touching episode of Castle when I got a text from a friend and school board member in Orange County who had just contravened his M.O. by striking up a conversation with the lady waiting next to him at the airport. It turned out that her father is the co-founder of a liberal arts college that has a partnership with a school I helped found; she herself is a language consultant who wishes to connect.

Thursday: During #langchat, I had the joy of interacting with language teachers from all over the country on the subject of common assessments, sharing the ideas, struggles, and encouragement of everyone from pre-service teachers to 2015 ACTFL Teacher Of the Year Nicole Naditz.

Friday: I’m writing this post in hopes of encouraging and contributing to the connectedness of learners and teachers! 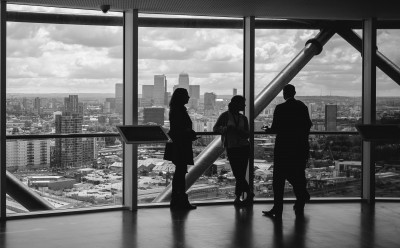 Did I say fortnight? This whole month has been linky-fun: Near the beginning of January, I received an inquiry from a gentleman asking about programs I help run with SALVI. Where had he heard of me? At a farmers’ market in Fresno, CA. (I live in Michigan. Apparently I have old friends who frequent farmers’ markets in Fresno.) The following week, I traveled to do some guest-teaching and professional development at a school in LA. One of the teachers and I got to talking about the Latin and Greek publications of Dr Geoffrey Steadman, who had been kind enough to accept suggestions I had made for his edition of Fabulae Faciles. On the day I returned to Michigan, I received an email from a guy asking about building proficiency in Ancient Greek. He had been referred to me by none other than Geoffrey Steadman.

I’ve focused here on the career-building and warm-and-fuzzy benefits of connectedness, but the greatest value has come from the ways in which my Personal Learning Network (PLN) and Professional Learning Community (PLC) have improved my teaching and, therefore, my students’ learning. I shudder to think how much worse off my students would be if they had to learn from an unconnected me!

Do you cultivate a PLN or PLC? If not, you might start simply by visiting other teachers, tracking #langchat and #Teach2Teach on Twitter, and joining an email group for language teachers or learners (language-specific or not). Sooner or later, you’ll probably want to attend a conference such as the ACTFL convention or your local or regional language conference.

Mostly, ask questions. When I think about what started all the chains of events that led to the connections described here, it’s questions: “How could I teach ____ better?” “Do you know anyone who can help with____?” “Has anyone else tried ____?”