No, I haven’t been in Holland ever since my last post almost three months ago–the longest break, by far, in the youngish life of this blog. But my return from a week in the Netherlands gives me a good way to halt the hiatus. (If you’re curious about actual reasons why this blog has been so silent, feel free to ask!) 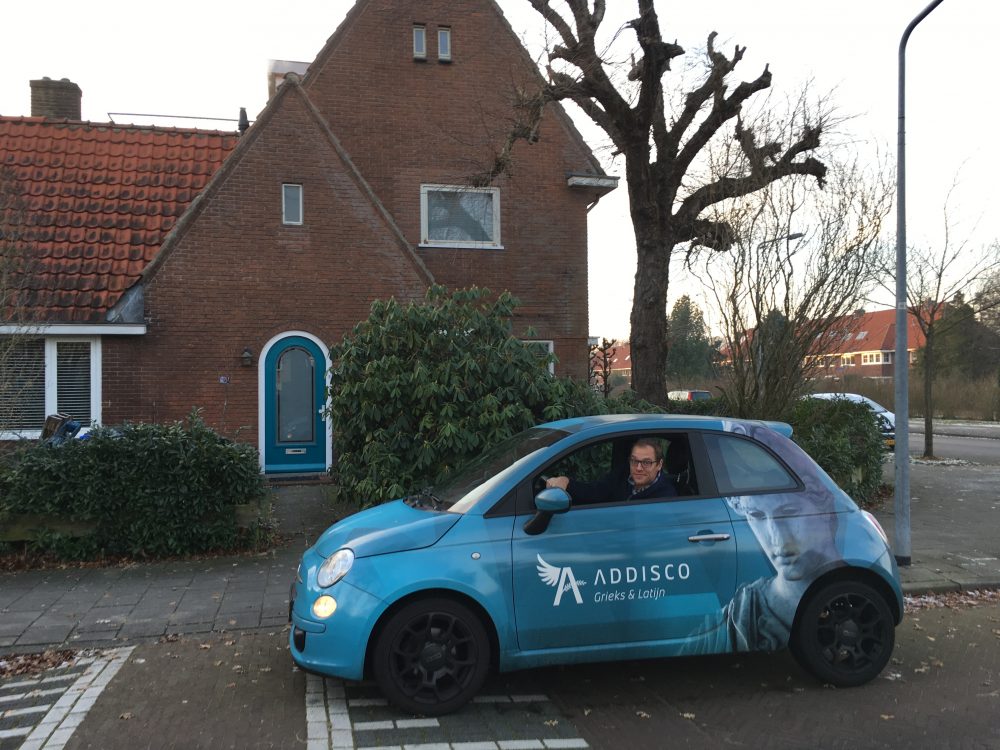 I need an Indwelling Language Fiat.

Two of the three tips come from the flights that bookended the trip. In between, I enjoyed shop-talking and friend-making in four languages and got to teach in (and ride in the sweet company car of) some friends’ innovative Latin-and-Greek school, Addisco. I may have more to share soon, but here are three ideas for traveling language learners that stood out to me on the trip:

I don’t sleep well on planes (still waiting for someone to book me one of those fully reclining seats), so I decided to watch a movie on the redeye to Amsterdam. I chose a Dutch film (De Reünie), even though I hadn’t had time to learn Dutch properly before the trip. As I watched with my #indwelli-mind, I realized that, even though I hadn’t spent much time learning the language, watching a subtitled movie was a great way both to absorb the lilt of the language and to get in the zone for my time in the country. It also helped me pick up some common phrases, including English phrases that locals apparently use even when speaking Dutch. So, next time you fly to a country whose language you haven’t spent much time with, see if there’s a local movie on offer. And, of course, if you have spent a bunch of time with that language, watching a local film on the plane is a great way to go.

After the second full day of meetings at the International Baccalaureate (IB) HQ in The Hague, our group had a 45-minute tram ride to a restaurant in Delft. I sat next to a participant from Spain who had mentioned that he was not a comfortable English speaker. I was dying to chat in Spanish, but worried that he might think I was judging his English if I suggested a Spanish conversation. After about eight minutes of feeling a way I hadn’t felt since asking M to homecoming on a bus in 1996, I asked my new friend (also M) if I could try my Spanish on him. This turned out different than 1996 because M 2.0 said yes. In fact, he was delighted, and we ended up spending just about every free minute of the trip–not just the tram ride, but our whole stay in The Hague–speaking Spanish together. It turned out that he found it exhausting to speak English and relished the chance to speak his own language. We talked about everything from our favorite TV shows and podcasts to issues facing teachers in our respective countries. I don’t have a more climactic way of summing this up other than to say that it was really special. So, if you find yourself in the position of wanting to chat with a native speaker, just ask respectfully.

I tweeted a while ago about using the subtitles on airplane safety videos to squeeze a little more out of life, and I had taken my own advice on the above-mentioned Holland-headed redeye. But I realized when the safety announcement came on during the return flight that it was a great chance both to get in a last bit of TL time and to celebrate my progress in the language by seeing what I understood this time that I hadn’t on the outbound flight.