Justin Bieber has done at least one good thing for me: He provided the impetus and the core material for this lesson. It’s another “Whatever Works” lesson, delivering non-targeted Comprehensible Input. (See yesterday’s post for an introduction to non-targeted CI and another lesson plan.)

Really, this is another Quirky Feature (again, see yesterday’s post), which I thought would be worth sharing in case anyone gets too fixated on The Man Who Sells the Moon and wonders what other sources there might be for Quirky Feature. 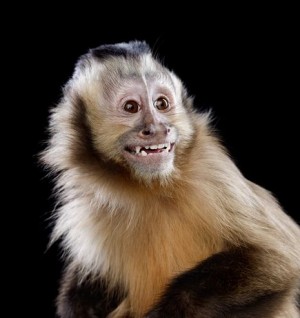 Justin Bieber had a monkey. The reason he had, rather than has, a monkey, is that it was confiscated at a German airport, where it lived for a while before finding a nice home at a German zoo.

Justin Bieber’s having had a pet monkey confiscated at a German airport passed my test of being interesting enough that just about any high school student would be willing to talk about it for fifteen minutes, especially when the story was fresh in 2013, so I used it as a Quirky Feature. Because the monkey happened to be a Capuchin monkey, though, I made the story a Quirky Extended Feature. 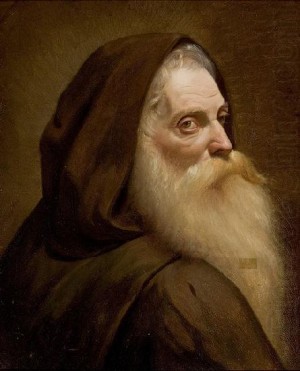 Also, if you’re me, you can’t help drawing a connection to a third thing with the same root and the same color scheme, the Capuccino.  Suddenly you’ve got as many things to talk about as there are Google Image results for Capuccino, because a lot of people have devoted their adult lives to making cool-looking ones, and some people have devoted their adult lives to posting pictures of them. 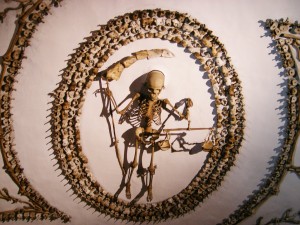 If you care and you think your students will be interested, you can point out the shared etymological root of Capuchin and Capuccino (and chef and chief and capital and capitol and cap, and Spanish cabeza and jefe, and German Kapuze, . . .).

1. All the things that are good about plain old Quirky Feature, for instance, that you can use whatever activities you already like to do with any story or set of images. (See yesterday’s post for basic ideas.)

2. You can spend as much or as little time and energy as you want on each extension. If you and the students want to talk about Justin Bieber in the target language all day, great; don’t bother with the extensions. If the Capuchin Crypt falls flat, move on to a bunch of Cappucino designs and let students talk about which they like and why.

3. You can spread the Quirky Extended Feature over multiple days. Maybe you spend a bunch of time on the Justin Bieber part on the first day, and then warm up on subsequent days with Capuchin monks and Cappucinos, allowing you to recycle whatever words and structures came up on Day One. 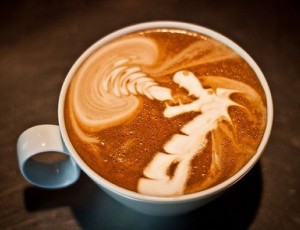 Again, there is no reason to worry that spending this time on arbitrary topics is wasteful, or that it will cause certain important features of the language to slip through the cracks. If students are receiving and interacting with compelling, comprehensible material in the target language and participating in meaningful opportunities to function in the language, they are getting what they need and you are doing your job.

I’ve shared details about “The Man Who Sells the Moon” and “Thank You, Justin Bieber” not because these specific topics are indispensable, but to illustrate a way of thinking: When language is your subject, everything is your subject, because you can use the language to talk about anything.  You don’t have to look far to find “anything.”

See also this article I wrote for IJFLT, “Non-Targeted Comprehensible Input: How it works for my students and me,” for lots more ideas about how to use and (yes) plan for non-targeted CI.