This is the second in a series of reflections and elaborations on Express Fluency 2017. If you haven’t yet, check out the first installment, which celebrates the skills of slowness and silence.

Something which many observers of my classes at Express Fluency 2017 noted, and which I consider a core feature of my classes, is my readiness to take whatever surprises and interruptions come up and deploy them in service of students’ acquiring the language. I call this Making Lemonade.

Below are a few of the things that happened in Brattleboro that could have made things more difficult, but ended up making things better because we were willing not just to roll with them, but to roll them into our target language interactions. They are all based on something I call the Buy-In Switcheroo.

It’s common for teachers to identify (or to be told) a topic to teach and then try to figure out how they can “make it interesting,” how to make students buy in to that topic. The Buy-In Switcheroo does the reverse: it identifies what already holds students’ interest or attention and fosters target language interactions about those things using whatever language it makes sense to use. (Having a set grammatical syllabus doesn’t get in the way of this as much as one might think–that’s for another post.)

There are lots of good ways to find out in advance what interests specific students, such as formal questionnaires, getting to know students outside class, and interviewing students in class. But there are also lots of things that students wouldn’t say they’re interested in, but do in fact grab attention when they happen. Making lemonade is about making the most of these opportunities. Here are some examples from Brattleboro.

Are you a skilled stealer?

A film crew entered just as we were about to transition from a conversational interaction to a reading task that I thought wouldn’t exactly dazzle viewers. I was trying to decide whether to go ahead with the reading or do some standalone activity for the camera when Elissa entered in order to retrieve an easel pad and some pens from our room. As soon as this happened, I knew how I would make lemonade.

We had been talking about things students were desirous of doing and things students were skilled at doing, which uses a similar construction in Latin. When Elissa went for the pens and pad, I made a big deal of it and asked her in Latin if she was desirous of stealing my pens and paper. (I helped her understand by means of stuff already written on the board and some overacting.) Elissa responded that, yes, she was desirous of stealing my pens, so the question came up of whether she was actually skilled at stealing pens and paper. We went on to learn that some of the students (unlike Elissa) were skilled at stealing stuff, but not currently desirous of stealing anything. I won’t describe the whole ensuing interaction; the point is that Elissa’s unplanned entrance gave us the chance to extend and vary the use of those phrases, and that I chose to use it for that instead of interacting with her in English or ignoring her, which wouldn’t have helped much because people’s attention was on her anyway. In the end, we had a memorable interaction in which students got lots of extra, varied exposure to the language we were using.

During one session, we heard a loud and extended scraping noise coming from the hallway. Again, I could have tried to ignore it or overpower it, but, because our attention was already on it and it had lemonade potential, I had students brainstorm fancifully about what was making the sound, what it meant, and what might happen next. I’m okay with the fact that the language we used wasn’t the exact language we had been using when the noise started, because students got to enjoy the language we did use, and we got to exercise our imagination. (Note: I often ask students about noises happening outside the classroom–construction sounds, planes passing, unidentified sounds–and about 87% of the time, the consensus is that it is an alien craft landing to do something marvelous.) 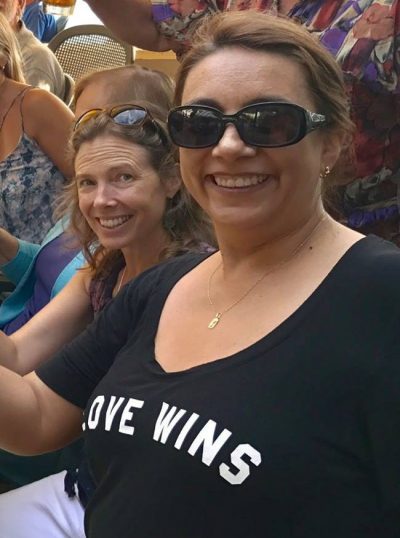 I don’t know who took this picture

At one point, the lovely Pilar popped in to see if we needed anything, wearing the Love Wins shirt you see in the picture. It just so happens that omnia vincit amor (roughly, “love conquers all”) is a line in an actual Roman poem, so I used the chance to write down the phrase and briefly talk about its meaning. We didn’t spend a bunch of time on it, but we kept it on the board and had the chance to refer back both to the individual words and to the entire phrase a few times while creating a story later on.

These examples all have to do with some kind of interruption, but there are other circumstances that can be used to make lemonade. Here’s a quick overview of three from Brattleboro.

On the last day, a bold student decided to join a class with students who already knew a good bit of Latin. He told me he knew he wouldn’t understand everything and was okay with that, but just wanted to check it out. Because his presence was conspicuous anyway, I made this student the focus of the opening interaction, getting information from him through some simple questions, but then using the information he provided to generate some more advanced interactions with the rest of the class. As I was reflecting on this later, I noted that it can be a pretty good general practice to talk about information generated by students who are less experienced or less confident with the language. They already understand the basic information because they are its source, which gives their overall understanding and ability to participate a boost.

On the very first day, we were talking about things different students were good at. We found out about lots of cool skills, but it turned out that no one wanted to actually demonstrate their ability in front of the class. So I introduced the handy phrase “but not here” and it became a joke throughout the week whenever we found out that so-and-so was really good at dancing or cooking or rock-climbing or whatever, “but not here.”

The world is inflated 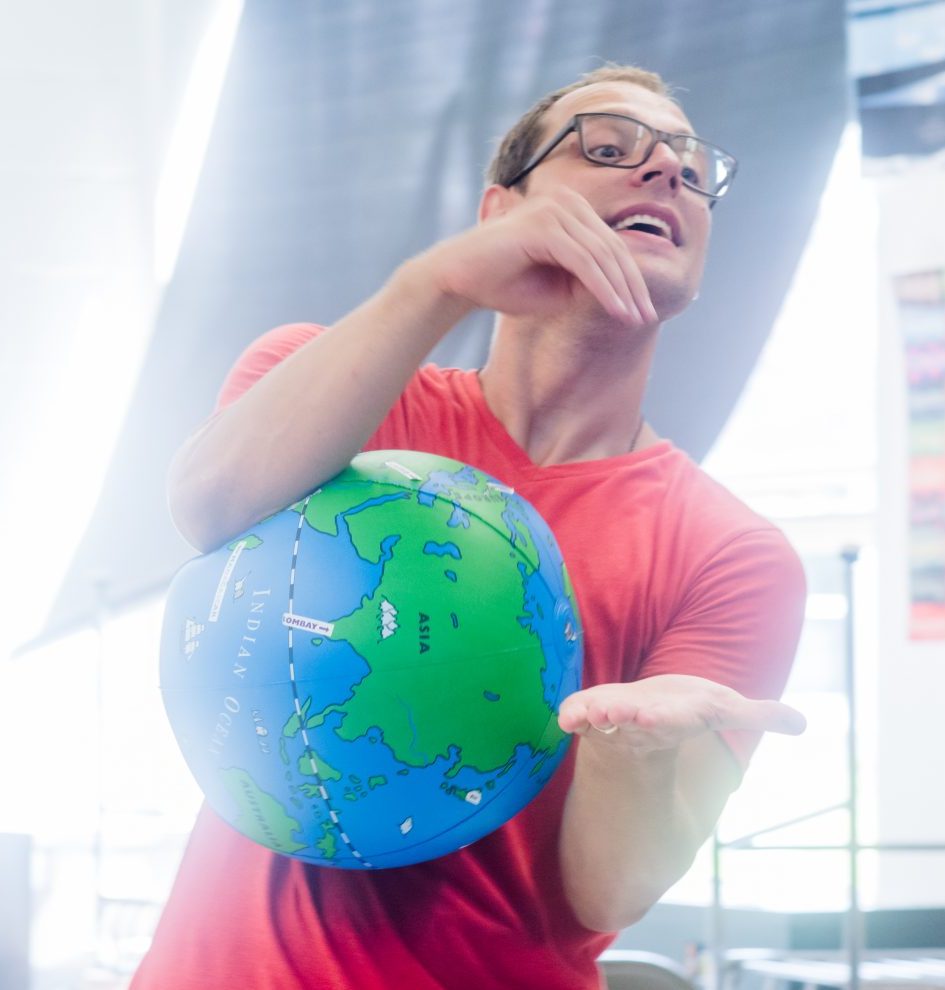 The world is my oyster, or something
(photo by Kelly Fletcher)

I mentioned in the last post that most of the interactions throughout the entire week originated from a single question about places that students would love to visit. How did I settle on this question? Well, the night before the conference we teachers were rummaging through Elissa’s impressive collection of props to claim some for our classrooms. I found a cool globe beach ball. It was the only prop I took and it was useful throughout the week to have a throwable object that supported our discussion of places to visit.

That’s enough for now. I have lots more to share, including how to “plan” for surprises, what tactics I’ve found useful for specific types of interactions, and how to make the most of them even when working with a specific curriculum. I’ll save these for another post. In the meantime, have fun making your own lemonade!

UPDATE 01/27/2018: Check out Annabelle Allen’s post on making lemonade when the internet is down!