Is your class a Happy Place?

Your students don’t have to be happy, and they certainly won’t always be, but they’ll probably acquire language better when they are.

Most of the reasons why a student would be unhappy are out of your control, but many aren’t. Here are some ways to happify your class in service of language acquisition. 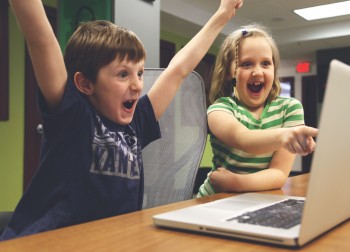 As long as they’re not driven to analysis paralysis, people are generally happier when they have a say. Why not let students decide things like what to do for homework, what text to read next, what kind of project to undertake, or in what order to do certain activities?

Part of letting students make decisions is realizing or deciding that certain things don’t matter as much as you thought. If you’re going to talk, sooner or later, about travel, entertainment, and careers, does it really matter in what order? Let the students decide. If you’re not sure which of two activities to do on a certain day, briefly pitch both to your students and let them decide. A bonus for you is that, even if the activity flops, it was their choice!

2. Let students talk about themselves

3. Do the funner version 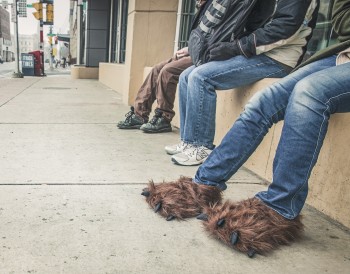 Do the funner version.

Almost every activity has a funner version. Often this involves nothing more than adding a single detail, even if it’s an imagined one.

Going to have students act out a scene? Give them sweet wigs. No budget for wigs? Give them invisible wigs. Don’t know what this means? Me neither. But the scene will be funner.

Going to have students move around the classroom talking to each other? Play classy music, tell them they’re at a soirée, and have them carry around an imaginary non-alcoholic beverage (being careful not to spill it).

Going to discuss a painting? Have them file by the projected or posted picture as though at a fancy art museum, with you or a student as docent.

Going to have students take turns doing something? Use a weird sound effect to let them know when to switch. Let a student decide on or make the sound.

Or kittens. Seriously. They’ll probably need to be toys, preferably stuffed, but it’s amazing how far a minute of playing with cute creatures goes when you want to refresh the old brainy-brain. (As the guy says in Kitten Therapy, “you can’t be stressed after sitting in a box full of kittens.” Actually, even watching that video makes a nice brain break. If three minutes is too long, try one-minute Virtual Kitten Therapy.) Especially if you have a long class, take a minute every once in a while to do something distracting and child-like. If you’re worried that this will waste too much time, ask yourself if 75 minutes of the target language is really that much better than 74 minutes of the target language and one minute to refresh the brain by cuddling Rover and Tibbles.

For the last few years, I’ve ended every class with a few minutes during which students can process what happened. I let students use English for this. Students talk about what worked well for them, what was stressful, what they might want to learn next, how a particular student helped them during the class, and so on. I just listen, usually from the back of the room, but some students write all the comments on the board and I take a picture at the end so that I can use the input in my planning. The students see me take the picture, which lets them know I take their comments seriously, and the students know, in future sessions, that their comments have actually influenced what we do.

During this reflection time, students also mention things that are out of our control–“the construction outside was distracting,” “the sunshine helped”–so that our joys and obstacles can be shared. Also, I encourage students to come to me with reflections or comments that they’re not comfortable sharing in class. These are often the most helpful!

6. Train students to get what they want

Savvy language learners know how to recognize or figure out what elements of a language they want or need to acquire in order to advance their proficiency. The earlier you can train your students to recognize and fill gaps in their proficiency (mostly by finding or eliciting the input they need), the more ownership of their learning they’ll have, the better you and they will be able to spend class time, and the happier you and they are likely to be.

People aren’t as happy when they’re too hot or too cold, when their tushies are sore, when their feet are tingly, or when they’re hungry. Again, you can’t control all these things, but you should use those you can to your and your students’ advantage. Don’t have them sit or stand for too long. Provide cushions or blankets if you can do so in a way that makes sense. If your school allows it, let your students drink or snack in a minimally distracting way (like while playing with puppies). Seriously, no one learns well when all they can think about is food. 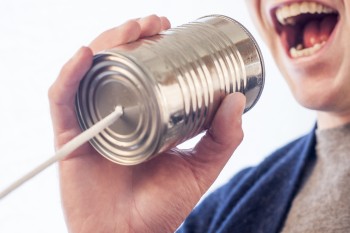 8. Be open about your own struggles

You don’t have to tell your students about your drinking problem or your kleptomania, but you might tell them about your rough morning, your ailing ferret, struggles you yourself had in school, your canceled flight, or the eBay auction you lost in the last second. Besides making for interesting input if you share in the target language, being honest about your own difficulties in a non-obnoxious way is one of the best ways to build rapport with people. Your students will be happier knowing that they are learning from a real person. [Edit 02/28/2018: See also “The Power of Sharing Your Story with Students” at edutopia.]

9. Foster these ideas: “Acquiring a language is fundamentally a non-academic journey” and “We’ll all get there together”

There are lots of ideas worth fostering in class, but these are two of the most powerful and most neglected.

Language is a social tool that exists to solve the problem of communication. Acquiring and using a language are fundamentally social, communal, communicative processes, not academic ones. (If you disagree, please read this. If you still disagree, I would love to hear from you!) If you and your students can feel and act like what you do in class is a social activity (not necessarily in the sense of “chatty,” but in the sense of “all about human interaction,” which includes interaction not only with classmates but also with distant filmmakers and dead poets), students will be free to be themselves in the process and, if I may put it this way, second language acquisition will be free to be itself.

Ultimately, the more your students trust you, each other, and the process, the happier they’ll be, the better they’ll learn, and the happier you’ll be.

How do you happify your class?

(This article is a follow-up to one from December 2, 2014, “Your Language-Learning Happy Place.”)